Our July 2nd, 2020 Breakfast Conversation was by far our largest virtual conversation yet with 15+ participants.  This was much due in part to the co-facilitation by our special invited representatives of The Dalai Lama Fellows Program out of the University of Virginia.  Housed at their Contemplative Sciences Center, Dalai Lama Fellows (DLF) cultivate and support a global movement of next-generation leaders integrating contemplative work with social innovation to solve global challenges in locally adapted ways that promote human flourishing. 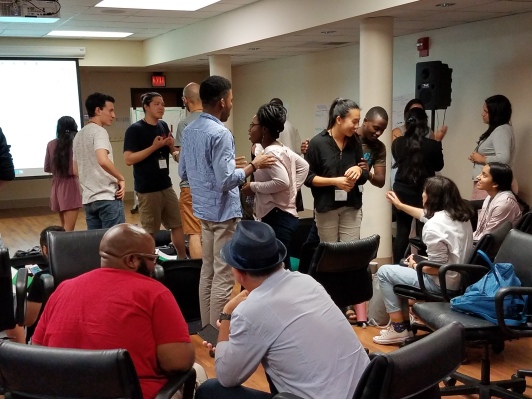 DLF are found all over the world and due to our virtual platform, we were also graced by some Fellows from Brazil, Malawi and India.  Our Breakfast Conversation was indeed filled with a rich and international diversity of perspective, thought and opinion.

Our theme this month was that of “Justice and Peace.”  Two questions that guided our conversation included the following:

How have seeing the recent injustices impacted you personally?”

“What are you doing in response to contribute to peace?”

One of the leaders of the DLF, on our Zoom video call, led the discussion and started us all off with his response to the questions.  His reply was simply a deeper question of reflection for himself asking, what can I do?  It was felt that his question and response was for his own citizenship to our global humanity and the United States.

Another DLF spoke of their feelings of rage and sadness with what they have been seeing in the media. Yet they also felt the call to examine how to use those feelings to contribute to Justice.

They shared with us all that they were involved in something innovative called “Healing Clinics” created for restorative spaces of peace for activists.  This was a wonderful concept of triage for activists on the front lines. Definitely a concept that could be very helpful across the country and the globe.

One of our attendees of the African-American Community had a very powerful take on the questions posed to everyone.  Simply put she said, “We are done” with the status quo and old ways of operating.  She spoke of her desire wanting her people to heal and have energy not just focused on peace but more on change and unrest by uniting souls willing to move forward while her people lead.

She saw the gift that the pandemic of COVID-19 brought is a time of rest.  She saw the need for change by any means necessary through educating children to not let up. She realized this is no time for asking but a time to let love guide and peace be the goal.

Our PWF board member shared how so much of what has been covered up in this country (racism, discrimination, xenophobia, bigotry) is now being uncovered.  He shared the example that statues (representing a history of enslaving and trafficking Africans) are being removed during much rebuilding. As a retired lawyer, he spoke to peace and justice not being synonymous.

We received a poignant international perspective from an Indian attendee currently living in India.  He shared how he feels angry for the injustice he has seen. However he spoke to how much like in the United States there are many populations who are still oppressed in India, through the long-standing caste social hierarchy system.  He wondered if there is a large movement in the United States for Black Lives Matter, what about in India for the oppressed making their own case against systemic oppression.

This moment of sharing highlighted how the ripples of protest (much inspired by the expanding Black Lives Matter Movement) are going around the globe and having such a lasting impact.

With so many powerful perspectives, there needed to be a statement to bring everyone together in Beloved Community at the conclusion of our conversation.  I found a quote from a friend and colleague of mine, Shirley Strong, M.Ed. who said Beloved Community is the following:

An inclusive, interconnected consciousness based on love, justice, compassion, responsibility, shared power, and a deep respect for all people, places, and things that radically transforms individuals and restructures institutions.”

The key she spoke of is that it is a “consciousness”, not just a place or specific individuals.  Relatedly, Dr. Martin Luther King, Jr. also spoke of Beloved Community in his “Breaking the Silence: Beyond Vietnam” speech at Riverside Church, NY April 4, 1967.  He believed that if Beloved Community is to be realized, we must have the following:

1) A radical transformation of values.

2) A deep restructuring of institutions.

Now more than ever, a healing collective consciousness is needed all over the world and many are answering the call to solidarity.  Many thanks to individuals like those from the DLF, and expanding PWF Community, we are moving the ideals of Beloved Community into much more tangible manifestation.  We at the PWF stand committed to speaking against injustices local and global and taking steps to make a peaceful world that works for everyone. 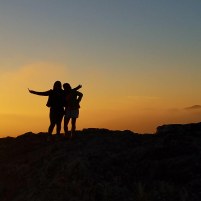